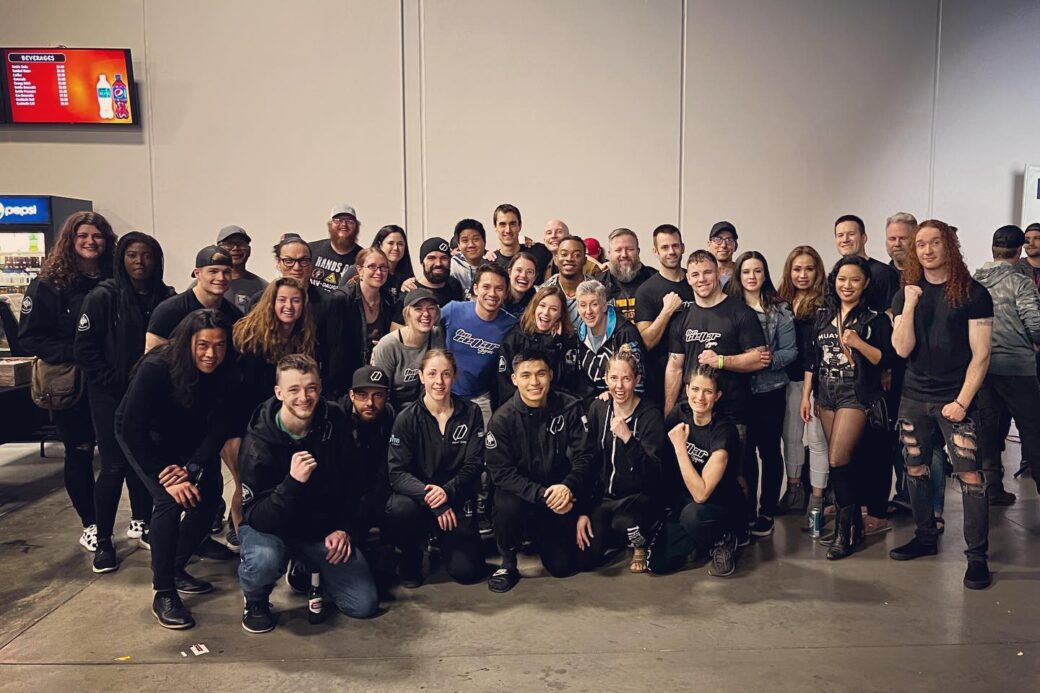 The Cellar Gym’s Muay Thai team had a great showing at Ignite Fights’ Mecca XVIII Muay Thai event on Saturday, April 23! We had five fighters compete and we went 4-1 on the evening. December Htoo, Talitha Lundgren, and Matt Cunningham won by decision, Jess Prewett won by 2nd round TKO, and Kailey Everett lost by decision.

December Htoo scored two huge knockdowns in the first round en route to a unanimous decision victory. December’s original opponent was pulled out at the last minute, and December stepped up two weight classes to face the very tough Josh Lai on short notice. Big thanks to Josh for taking this fight — it was a great fight for both warriors!

Talitha Lundgren made her return to the ring for the first time in years, and certainly made a statement! Her pressure and momentum made the difference against the very tough Theresa Branco. Congratulations, Talitha!

Matt Cunningham got the decision in an awesome fight against the always formidable Gabe Branco. Matt showed excellent technique and timing, and landed some big knees to help get the judges’ nod. Great fight, Matt; congratulations!

Jess Prewett kicked off the night’s show with a 2nd round TKO against tough debut fighter Molly Mitchell, due to a combination of solid punches, knees, and elbows!

Kailey Everett brought an awesome back and forth fight against an aggressive younger opponent Taylor Meyers; however, Kailey came up just a bit short on the scorecards. We will make some adjustments, and this will be a great learning experience for her. Great work Kailey! We’re so proud of you!