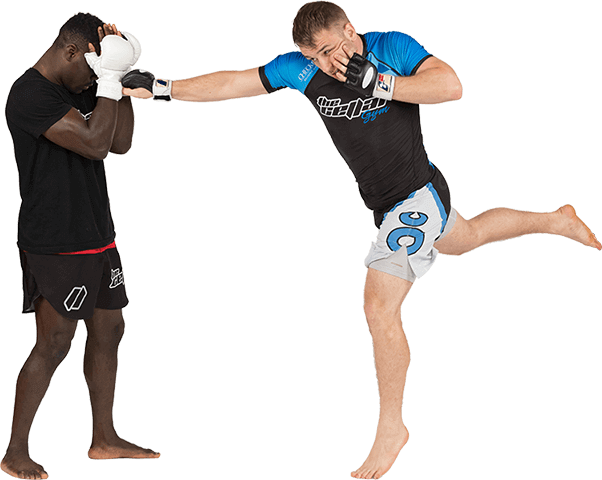 In the early 1990’s the UFC and the Gracie family burst onto the scene with “No Rules” fighting and immediately put into the question the effectiveness of many traditional martial art styles. Although the original competitions were highly criticized as being barbaric and scrutinized by politicians, they did teach one very important lesson: the best martial art style was not having ONE, but instead a blend of several arts including striking, wrestling, and submissions.

The Cellar Gym offers MMA classes for Beginners as well as Advanced students. In addition to MMA classes, MMA students are also encouraged to train in Muay Thai and BJJ classes to

What Can You Expect From Our Classes?

Get In Great Shape

Honestly the most nicest gym out there. Couldn’t have gotten a better greeting, and it just felt like home. All of the trainers are approachable and kind, and the facility is matted by quality Zebra mats. I recommend this place to all levels of experience!

GETTING STARTED IS EASY!