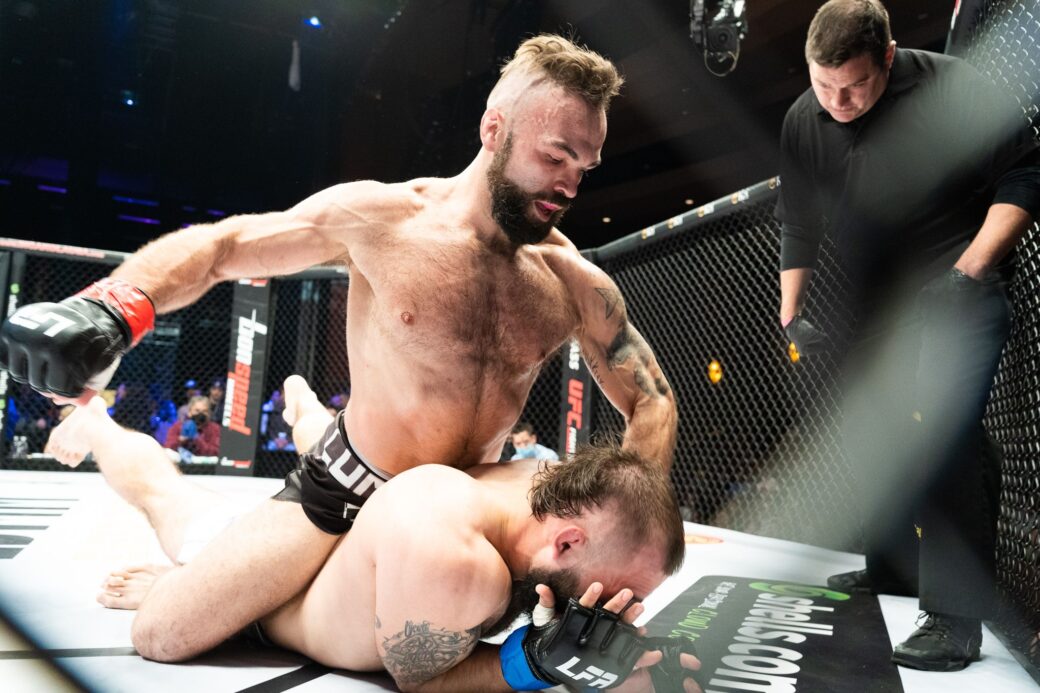 Anteze Howard defeated Gunner Charbonneau by 2nd round submission via triangle choke! It was a good back and forth scrap. Anteze landed some great knees in the clinch, defended and gave up a few takedowns, but eventually got the finish. Lots of lessons to take from this fight, but a great performance as well. Congrats Anteze!

C.J. Hays defeated Jason Alvarez by 2nd round TKO via punches! This fight was a good experience builder for C.J. He lost the first round, then took control in the second round. He dropped his opponent with a body kick, established a dominant back control position, then got the finish via ground and pound!

LFA 120 marked the last competition of 2021 for the Cellar Gym team, and we’re thrilled to be ending our year on such a high note. Congratulations, C.J. and Anteze!