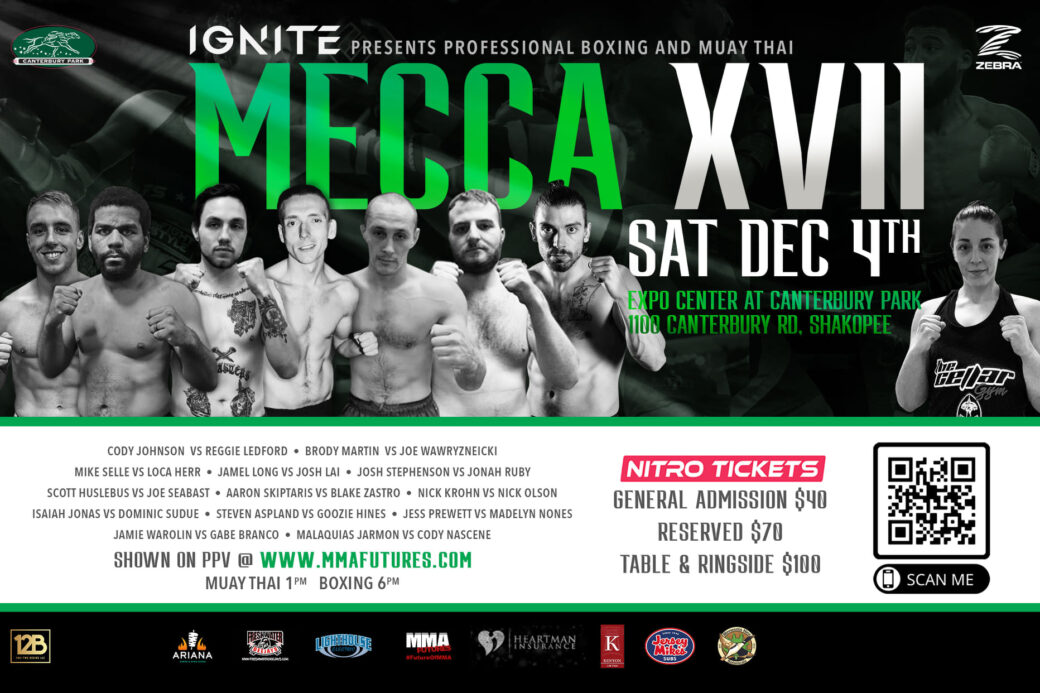 The Cellar Gym had two fighters competing in the Mecca XVII Muay Thai card on December 4. Jess Prewett won her Muay Thai debut, while Cody Johnson fought a tough three rounds to a decision loss in his first A Class bout.

In her Muay Thai debut, Jess Prewett took the win by decision, 30-27 on all three score cards! She put on an excellent display of technique and showcased her boxing, kicks and knees. She also controlled the ring and pushed the pace. Congratulations Jess! Great fight!

Cody Johnson stepped up into his first A class bout against a very skilled and experienced opponent, but was unable to get his “gears” going. He lost by unanimous decision. We’ve got some things to work on and clean up, then hopefully we can get Cody on the next local show. We are confident he will grow from this experience and become an even more dangerous fighter. Just wait… you ain’t seen nothing yet!